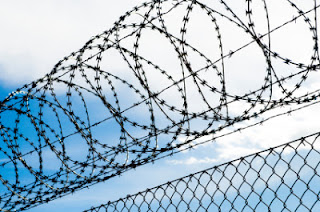 I don't give book reviews unless it's a four or five-star review. I don't even like to give four-star reviews. For obvious reasons.

As an author myself, to give anything less than a great review is ludicrous. I mean, who the hell do I think I am?  ...

But c'mon ... writers are constantly reading. When we aren't writing, we're reading. And lately, I've read some pretty awful stuff. But can I say what? Of course not. I'm not that stupid.

You can be sure when I review a book, it's because it's fabulous. In my review, I'm sincere, meaning every word.

I love a great read, stuff you haven't seen before, the kind of book that roots in my soul, creating great vines of tangled prose I will never escape from. Godamighty, it's the stuff legends are made of ... great stories to soothe the mind of the tormented and stir the rage of the stoic. There's nothing better than a life-changing story. I've read a few in my life that remain close to me to this day.

But back to the "terrible-awful". (Love those words from Kathryn Stockett's novel, The Help) ... I recently spent a couple days with my nose in a novel that was heralded as one of the top five of 2012. And I'm not talking about 50 Shades of Gray. That's the one exception I made earlier this year, and I won't waste another breath on it. The novel I'm talking about was recommended to me by numerous friends and so, I bought it and could not for the life of me, get through the first 100 pages. I gave it 100 pages and stopped. Ugh. I was so disappointed and figured it's just me. Me. Everybody loves this. There's something wrong with me.

So I read ten more pages, stopped, took out my book marker, and put it back on my shelf. I wish I could say why I didn't like it, but it would give it away ... so I'll just leave it at that.

Writers, authors -  we cannot give honest book reviews. Not of the books we don't like. It's makes us look haughty. Prideful. Like a Kardashian at a country club. Nose in the air know-it-all.

And I'm not so ignorant to think everyone will love everything I write. That's the beauty of books. There's something for everybody.

As an author, it's just not a good idea to be anything other than humble. If I don't have something nice to say about another author's work, I don't say anything at all. Raised by a southern mother, it was the code she lived by. A code I've passed down to my own daughter.

If I'm asked to critique a manuscript, that's between me and the writer ... but once the book is published, then as an author myself, it's best left to the readers to judge. Not me. I live in a glass house. I never throw stones.

Blessings to you and yours.
Posted by Pamela King Cable at 2:27 PM

I feel the same way! I gave all my books/reviews on Goodreads.com four or five stars and I don't post ones I think are "terrible-awful."